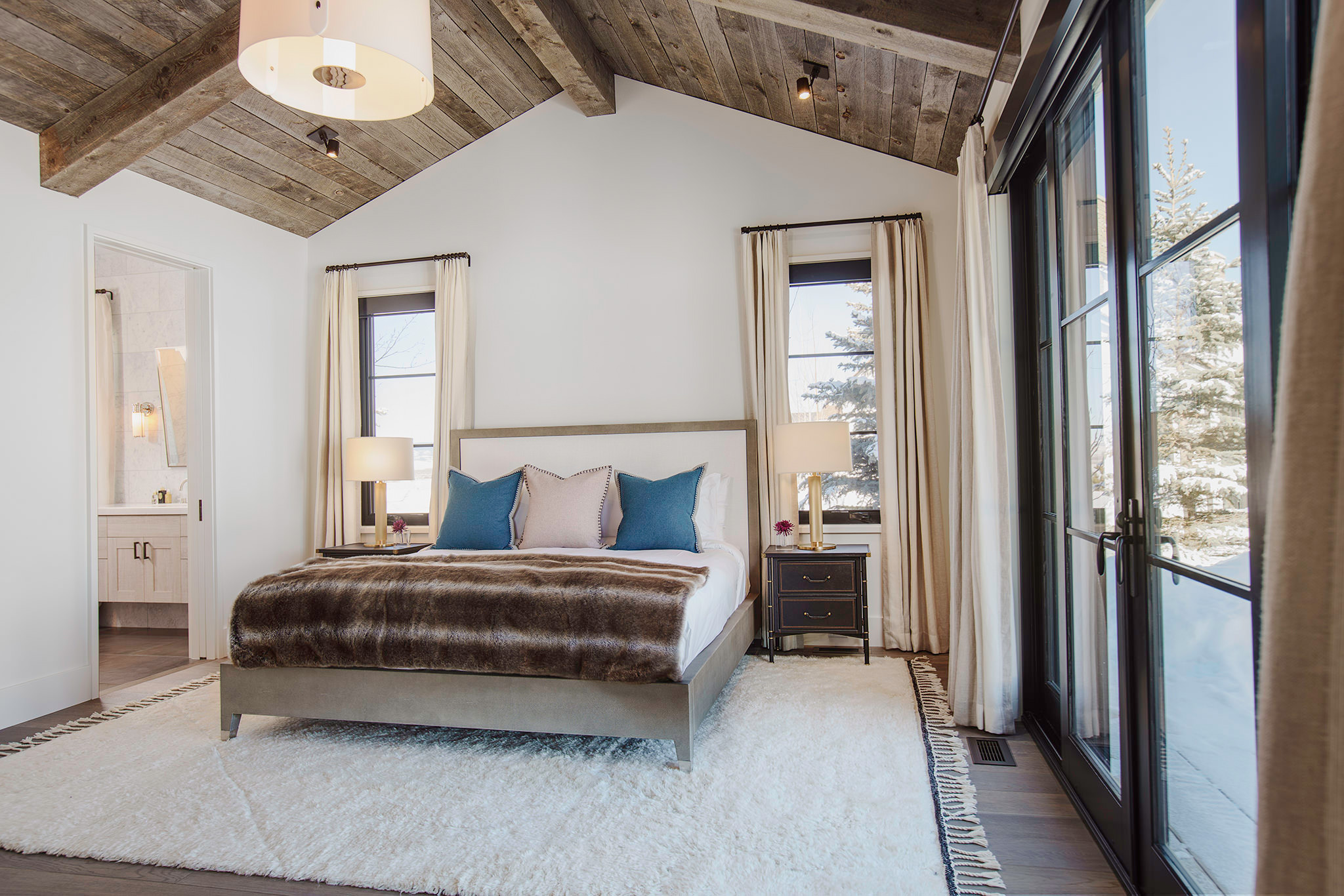 It’s a 50-minute drive from Jackson, Wyo. to Tributary in Idaho – across some of the nation’s most spectacular alpine landscape.

“From Jackson you go up and over the pass, get to Wilson, then to Victor, and 10 miles north of Victor is a small rural community called Driggs,” says Austin DePree, co-founder and partner at Northworks Architects. “There are about 1,500 people living there.”

It’s well worth the time. Tributary’s 1,500 rural acres are on the west side of the Teton Range, with views to die for – and none of the crowds or inflation that have come to permeate Jackson. It’s also a three-minute drive to the local airport and an hour and a half to Yellowstone.

Tributary’s a hotbed of outdoor activity – with flyfishing on the property’s streams and ponds, and Henry’s Fork not far away. Then there’s the golf course, the mountain biking, and the cross-country skiing. So the patient traveler will be rewarded with much to do on the quiet side of the Tetons.

Dupree’s Northworks is a 50-person firm with offices in Chicago, Philadelphia, San Francisco and Jackson. They’re working now on the first phase of 50 residences at Tributary, with 20 new homes already in place. Lots are currently a quarter- to a half-acre, with future lots slated for an acre or more. A clubhouse is due to be completed in three months.

The architecture is rooted in the agrarian past. “It’s a rural context in an agricultural valley – with wheat and grasses and a lot of grain – you see a lot of grain silos,” he says. “A lot of the architecture was designed and built by farmers – with extremely simple gable forms and steep overhangs.”

So those first 20 homes, from 2,000 to 4,000 square feet offer a deep connection to that vernacular. “They recall those historic forms and language, but for today’s lifestyle,” he says. “There’s more light and openness and they connect from indoor to outdoor spaces and retain that rural character.”

The material palette is modest, with reclaimed wood that relates back to those original agrarians structures. “The wood is Doug fir that’s been weathered for six months but is a new product,” he says. “We’re using extremely clean lines and a straightforward geometry with a historic vernacular,” he says.

The homes also offer spectacular vistas of their surroundings. “Overall, we’re clustering houses with views out to 360 degrees around them,” he says. “The Tetons are to the east, the Big Hole Mountains are to the west, and from the valley there’s the horizon to the north.”

The Tributary clientele is geographically diverse – from Chicago, New York, San Francisco and Texas. And with the pandemic, this first group – more than 250 homes will eventually be phased in – has extended their time at home there. “Stays here went from two to three weeks at a time to two to three months,” he says. “And people want them larger to live in as private residences, for a large portion of the year.”

And they want that in an atmosphere that’s timeless, casual, and elegant, 50 minutes and a world away from the hustle and bustle of Jackson.

Back to Press
Read Original
PrevPrevious Article
Next ArticleNext

Manage Cookie Consent
To provide the best experiences, we use technologies like cookies to store and/or access device information. Consenting to these technologies will allow us to process data such as browsing behavior or unique IDs on this site. Continuing to use this site represents your acceptance of these cookies.
Manage options Manage services Manage vendors Read more about these purposes
View preferences
{title} {title} {title}